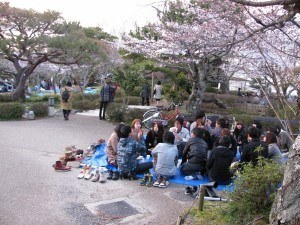 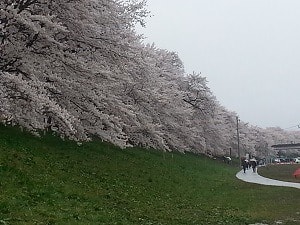 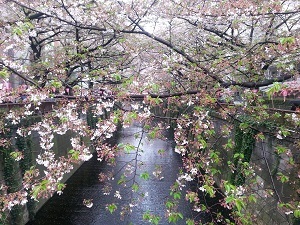 For many people, cherry blossom season (sakura season) is the main reason for visiting Japan.  The delicate flowers of the cherry tree appear around the beginning of spring providing colour after the winter.  One aspect that makes the cherry blossom season special is that it is often short, therefore having a good forecast of when the best blossom will appear is a matter of interest for local Japanese and visitors alike.

The official declaration of flowering (kaika sengen) is linked to a particular cherry tree in Tokyo (apparently a select group of trees which are a closely guarded secret).  However, this does not take into account more than two hundred different varieties of cherry trees in Japan and the fact that southern Japan sees cherry blossom much earlier than Tokyo, and northern Japan has blossom much later.  Because of this combination, the sakura season is not a simple short period, but a richer opportunity to view different blossom across a few weeks around the country.

For visitors to Japan, cherry blossom viewing is often a high priority, but due to travel dates people might miss the best blossoms.  While we are able to organise tours that are likely to catch the cherry blossom front as it moves across the country, there are other options if you visit Japan before or after the forecast period.  Please refer to our early blossom and late blossom locations further down this page.

Several web sites provide good information on the likely bloom for the "standard" somei yoshino cherry.  These are the delicate white/pink flowers with five petals.  An official and detailed forecast can be found at http://www.tenki.jp/sakura/expectation.html This page covers the current season with information for each prefecture across the country.  After the blossom season it provides information on first and full bloom compared to recent history.

A more accessible forecast also uses recent history to give a guide on when the cherry blossom front will travel across the country.  The Japan National Tourist Organisation has a useful map and graphic that provides a simple guide.  Similar information is included on the Japan-Guide.com web site. 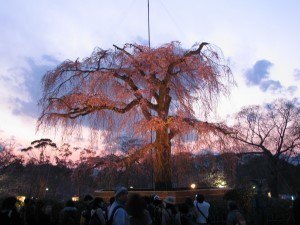 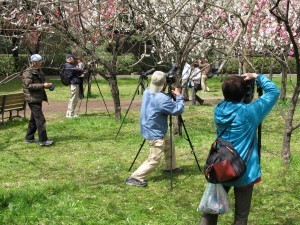 With thousands of cherry trees planted around Japan, there are hundreds of places where you can view cherry blossom.  The choice of location depends on the season and if you need early or late blooms to enjoy the best sakura.  The Japan-Guide.com web site includes a useful list (with rankings) for some of the more popular locations.  The JNTO also has recommendations based on type of blossom.  Certainly the information below is not exhaustive as there are places with single, important trees, or areas where people can enjoy the blossom in their local area.

The town of Yoshino, a town in the Nara prefecture has over 30,000 cherry trees and is regarded as the #1 spot in Japan for cherry blossom viewing.

For Tokyo, a map that we have found useful identifies a mix of popular and historic spots.  Ueno has more than 1,000 cherry trees and is a very popular location for hanami parties.  Shinjuku Gyoen has trees that bloom from late March to late April and has been famous for its cherry trees since the Meiji Era. 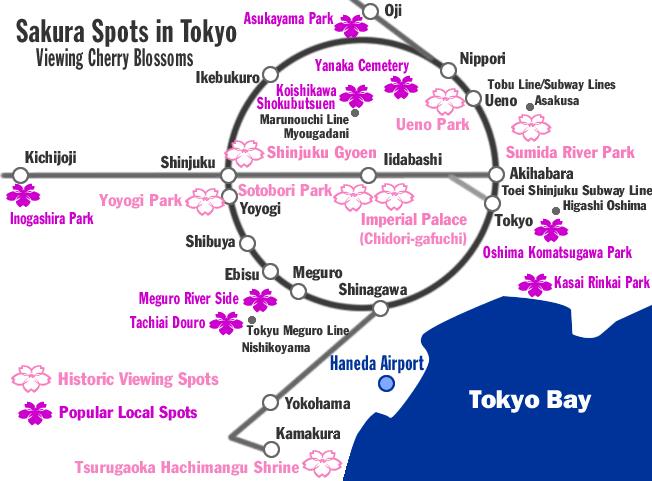 Osaka Castle Park, Osaka, Osaka Prefecture.  600 trees around the castle and 4,000 in the park as a whole. 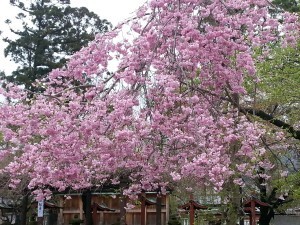 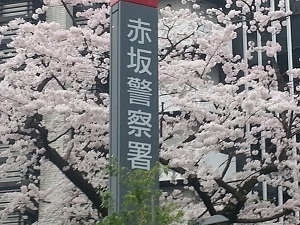 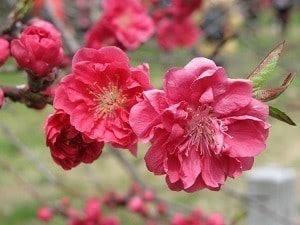 Tokyo: Shinjuku Gardens are an example of a location with extended viewing.

Kawazu-cho: in Izu Peninsula is the birth place of the Kawazuzakura cherry and location of the cherry blossom festival "Kawazuzakura Matsuri" every year from early February through early March. Accessible as a day trip from Tokyo.

Osaka: The Japan Mint in Osaka - they have an interesting variety of trees. http://www.mint.go.jp/enjoy-eng/sakura-eng/eng-chart-cherry_ka.html

(based on 31 March full bloom for somei yoshino in Tokyo)

The Kanzakura is among the first cherry trees to bloom. It is encountered only in relatively small numbers.

Named after Kawazu Town on the Izu Peninsula.  Large numbers of them bloom during the cherry blossom festival in Kawazu.

Kanhizakura: One to two weeks earlier: Tokyo in mid to late March

This tree with its dark pink, bell shaped flowers is native to Taiwan and Okinawa where it blooms as early as January and February. In the parks of Tokyo it is not usually in bloom until mid March. 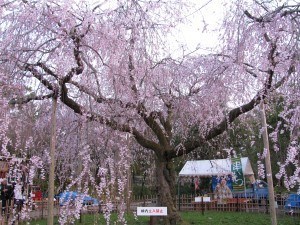 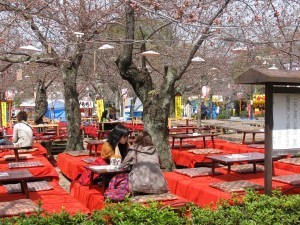 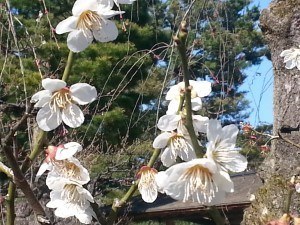 Tokyo: Shinjuku Gardens are an example of a location with extended viewing. The Imperial Palace East Gardens also have kanzan trees that bloom as early as mid-April.  Asukayama Park has ~180 late blooming trees, and of course Ueno Park has some late blooming varieties.

Ogawara: Near Sendai, on the banks of the Shiroshi River are 1,200 trees stretching around 8km.

(based on 31 March full bloom for somei yoshino in Tokyo)

The Ichiyo has about twenty, light pink petals per blossom, and its fresh leaves are green. It is among the most common, late flowering cherry varieties encountered in Japan's parks and gardens.

The Ukon has about 10-20 yellowish petals per blossom and coppery leaves.

Among the many yaezakura varieties, the Kanzan is one of the most common with the flower consisting of 30-50 pink petals.

A late blooming yaezakura with about 30-40 petals per blossom. White to slightly pink when they open, the blossoms turn into a darker pink over time.

The Shogetsu is a late blooming yaezakura with relatively large, white blossoms of about 20-30 petals. The fresh leaves are green.

The Kikuzakura has as many as one hundred petals per blossom! It is also one of the latest blooming trees. In fact, by the time the blossoms are in bloom, the fresh leaves have already developed almost completely and are somewhat hiding the blossoms.

Jugatsuzakura (Autumn Cherry): October to January and into spring

The Jugatsuzakura (literally "October Cherry") is one of the varieties that bloom in the autumn and winter. The flowers are small and sparse.